This 8th Annual Southwest Trek Fun Club-sponsored rally was a great success.  Our BLM location, SW of Quartzsite, Arizona was well marked by the rally hosts and all Trekkers easily found their way.  The one big issue was you had to be there early to get pick of parking.  We were there one day prior to the start but next year will make it two days prior.

In a visual count, the official turnout was 68 Treks (13 members of NWTFC).  The Rally Roster lists those who notified the rally hosts beforehand, but others found it possible to attend as well.  The roster was posted in the gathering area so all were aware who to expect.   With all the activities keeping folks on the move, it was a challenge to identify who exactly was in attendance.

Liana and Wayne Kinne were again the hosts for this great event and we give them our thanks.  The Treks at Quartzsite is a happeningLiana and Wayne do all the work, but they always insist that all they do is set the date and arrange location and then the rest of us just show up.

Friday, January 20th was the opening of the Rally.  Redlands Truck and RV hosted the first seminar, covering the scope of their operation.  Keith Shomaker, owner, made the presentation and also provided refreshments of wine and soda for us.  One of the key points that he made was that when you get service from his organization it is complete servicefinishing with washing the RV windows!   It was a treat to see Mike Bronzini as he is now with Redlands and Mikes Dad (Big Al) helped serve the wine. Delightful to see the family!  Thanks Redlands Truck and RV!! Trekkers brought a variety of hors douvres. No LOs

Early Saturday AM Mike and Madeleine Yaki served us their famous (and still secret recipe) banana waffles.another yummy TREK event. The swap meet was to start Sunday but tables began to appear during breakfast.  Many Trekkers had great items for sale, many handcrafted.  Bill Joy had a nice  selection of his meticulous woodwork.

Our friends from Brazels  (Centralia, WA) were with us Saturday afternoon.  Jon Brazel was the principle speaker with technical support from Alan.  They reviewed their array of RV services but also featured two new fine products.  First, a new technology spark plug wires(name ?) that feature a solid metal core which surpass the Taylor wires.  Secondly, a replacement for the green autopark  controller switch (invented & developed by Alan) that will not allow the autopark to engage while moving.  Many thanks for the nice Wine Bar and the servers who also did the program!

The pot luck dinner was planned for that evening but the wind won and dinner was moved to Sunday lunch.

Sunday was the official swap meet which was lots of fun, as such sales usually are, friends and good stuff.  Pot Luck dinner carried over to lunch and the many (sad) goodbyes were soothed with full tummies.

Each night of our Rally was accompanied with big bonfires, lots of talk, laughter, and did we hear singing?  A guitar?  An accordion?

Oh, and of course there was Quartzsite.  It was the RV Show weekend and many new and used rigs found homes.  Then if you wanted parts, modifications, camp clubs, cooking devices and junk it was there.  Of course La Mesa had free breakfasts and lunches.  We visited the bookstore for the first time ever.  Ex-librarian wife said Just a bookstorejust a little more public than most. I am told that Quartzsite grows from less than 500 people to close to over 500,000 during the winter season.

Sue and I will be there next year but two days early.  See you. 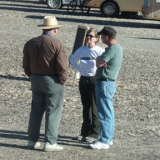 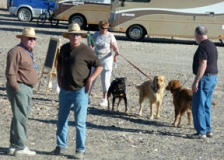 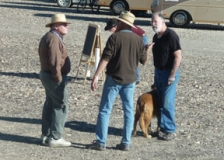 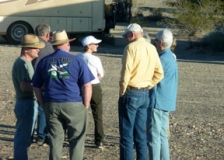 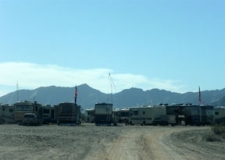 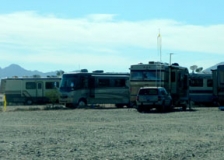 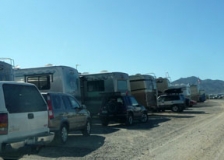 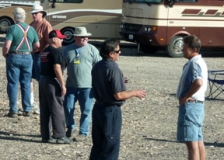 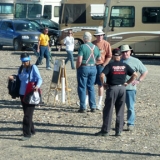 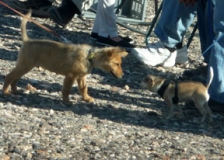 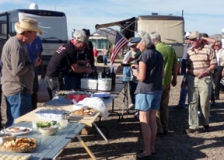 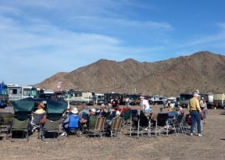 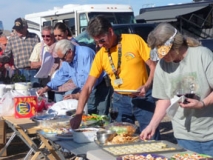 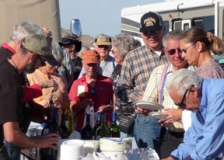 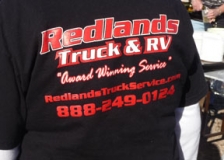 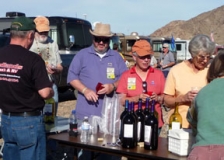 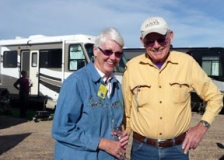 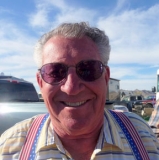 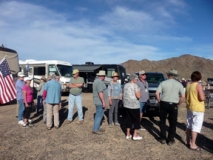