Port Townsend, Washington, in the summer  what we had of it this year in the Northwest!

Ron Mahugh and Mary Burchett are truly weather wizards! Not only did they order warm, sunny weather 75+ degrees F (24 degrees C) but they delivered an unbelievable, windless rally to the extent that we couldnt even fly kites without extreme cardio-vascular exercise (running and pulling the kites)!

Festivities kicked off Wednesday afternoon with a welcome dinner provided by our intrepid Wagonmasters that included socialization before and after. Delicious and girth-expanding! Following breakfast Thursday morning several members took advantage of a successful whale-watching tour while other members of our party rode or motored to Hurricane Ridge and the breath-taking panoramas from the top. Others visited antique stores, lavender fields, biking on trails in the area, walks on the beach, and a host of other activities. Happy hours preceded dinners and evening activities.

We awoke every morning to a little morning fog and a glassy sea with the ferry boats blowing warnings to other boaters and coming out of the fog banks like ghost ships. One morning, we saw one of the US Navy Trident nuclear submarines heading out to sea escorted by two Coast Guard cutters that were armed to the teeth, manned by some of America’s finest young men and women. It was most impressive and inspiring, whether you were a political hawk or dove.

Golf called to several members and the rest continued on to other areas that often began with the dreaded S word  shopping. Saturday found most of us visiting the weekly Farmers Market and a special antique car show that brought in about 200 cars and owners displaying their treasures. Sunday lured many of us to the Olympic Music Festival and the ritual inspection of Treks to see new ideas about how to Trick Out Your TREK  that often showed five guys with their heads buried  in the engine compartment and swapping true stories while the distaff side checked out interior décor and vice versa.

In short, a great time was had by all, and we are strongly considering making Port Townsend an annual event for the club. 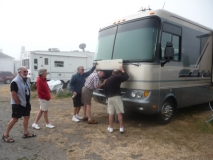 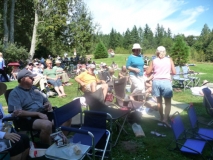 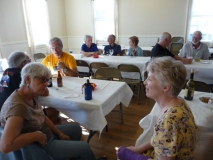 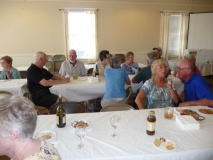 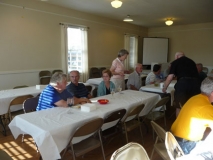 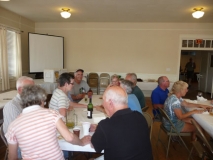 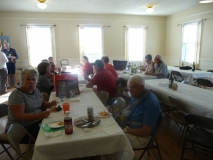 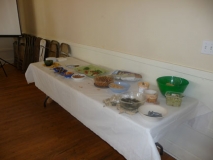 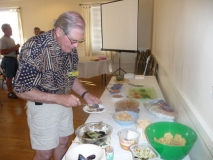 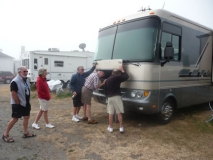 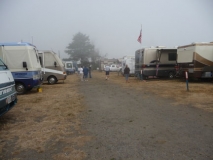 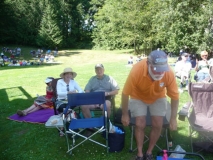 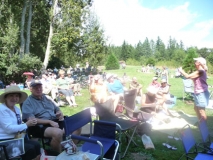 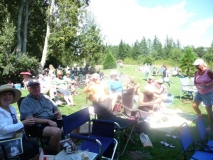 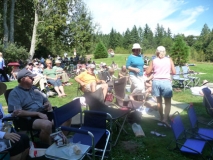 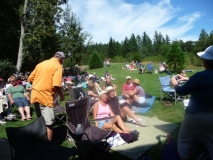 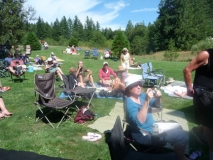 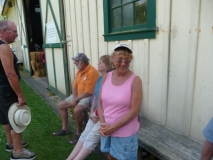 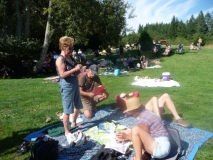 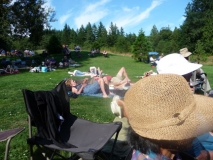