Those in attendance were:

Our rolling wine rally started off with 13 of us converging on our first stop at Osoyoos.  Ron had picked a great spot, right on the lake with waterfront sites all in a row.  Ben & I got there Tuesday afternoon, while Barb & Bob Brown explored Leavenworth and the Rawsons connected with some hereto unmet relatives in Okanagon, WA for what sounded like a rip-snorting party.  As Wednesday wore on, we collected more of our group, renewed friendships, acquired new members, met non-Trek guests and had an impromptu happy hour  as we always seem to do.  The RV park was on Indian land, with newly constructed luxury condos, spa, winery, and Indian cultural center within walking distance up the hill.  Wednesday, Thursday, & Friday was spent biking, kayaking and winery touring & tasting, with those with cars offering rides to those without.  Friday night, we all gathered at Smittys restaurant for a good group dinner.

Saturday AM, we Trekkies all headed to Oliver, while our non-Trek guests, Dennis & Barbie Clayton, peeled off to go to Banf.  In Oliver, we were again at an RV park on another lake, where Cherry & Don Haas and Gary & Sharon Brunner introduced us to bocce ball, with what I suspect was their version of Calvin & Hobbes rules!  Lots of fun.  We explored on our own on Friday, and Saturday most of us attended the community wine festival  a grand all-day affair, complete with a marching Portuguese band, food booths, crafts & products booths, more than 30 wineries offering tastes, and entertainment by the Nylons, Geoff Gibbons and a grape-stomping contest.

Monday Jim & Diana Greer left us and the rest of us moved to Pentiction, where John & Lisa Nicholson joined us.  Half of us got a van ride to the Lost Moose Lodge  the highest spot around  for dinner Monday night, while the rest went on Thursday night.  Stan & Barb Shackell had to leave us at this point, so then we were 11.  (This is beginning to sound like 10 Little Indians!)  More bocce ball, interspersed with more wine and bike rides.  We had a guided bus wine tour and lunch on Tuesday.  Wednesday evening we had a blind wine tasting contest & potluck dinner hors doeuvre.  Each coach brought a bottle of uncorked wine in a brown paper bag, which we numbered from 1 to 11.  Everyone was given 2 stickers to vote for whatever wine or wines they liked, with the bottle receiving the most votes winning the prize of a great book on hiking the hot springs of the Pacific northwest.  Our prize winner, with 8 votes, was a Chilean red wine brought by our newest members  Janna Caughron & Wayne Vandergriff from Truckee, CA.  They also contributed a second entry  which was square-shaped & not a bottle!  At the end of a fun evening, Janna & Wayne announced they were having so much fun with their new friends that they wanted to share a newly baked batch of warm brownies and a bottle of late harvest Riesling with us!

The blind wines, in order of popular choice, were bottle:

Friday morning, Bob & Barb Brown and Ben & I had to leave the group  the Browns to visit some friends in Kennewick and us to join our yacht club for yet another 3 days of wineries from Richland to Yakima!

All in all, an immensely enjoyable and exciting rally put on by Ron & Ginny Rawson  thank you! 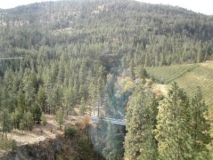 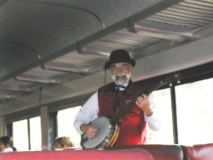 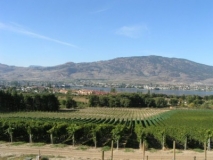 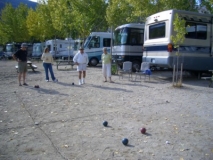 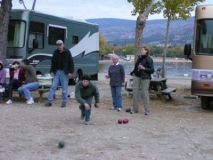 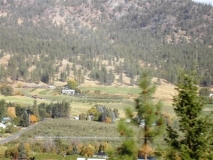 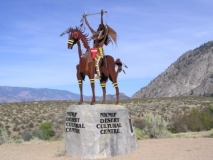 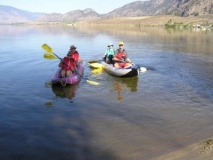 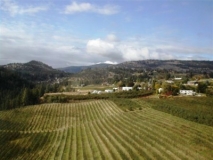 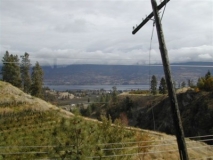 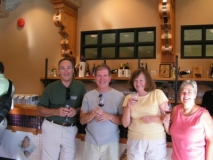 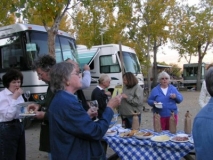 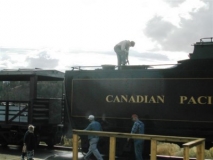 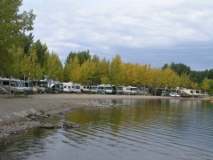 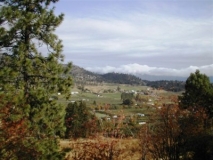 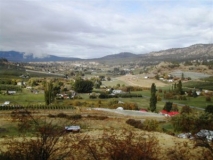