It was a tough call for the Lindhorsts & Block to miss the final day of the Safari Mt. Hood pre-rally to be at the Redmond Convention for their scheduled arrival as volunteers. The Keelers had already arrived, as had Beers & Schindlers who were both serving on the governing board and parked nearby. Bob & Barb Brown drove in for their volunteer shift from a nice RV resort 20 miles distant, and as Day Visitors. By Aug. 13th, several thousand rigs were parked in over 15 lots! We were glad to spot the fairgrounds restrooms & public showers, as our water supply had to last a full week!

By 7 AM daily, convention goers were at group exercise, at morning devotions, or at the entertainment stage area. There, we enjoyed coffee & doughnuts and could read complementary newspapers while Frustrated Maestros from nationwide, entertained. Our members musicians, Russ & Maxine Warren, clearly were havin’ fun! We also saw members, Jim & Jackie Goedde, volunteering in support of Seminars with the Olympic Snowbirds. NW volunteer spotters on surrey-topped shuttles safely saw thousands of people delivered from the parking lots to air conditioned buildings for services, craft classes or learning something new on every imaginable RVing topic i.e. – Octane for the brain, Rving in Europe, geocaching, Google Earth, N & S travel, choosing camping memberships, etc. Thank goodness there was a fairgrounds map & Schedule of Events no bigger than a road map — as the official convention program was as thick as a book! Not to miss an opportunity to hear the outrageous comic routine of Bernie & Red, I donned my red & purple and attended my first Red Hat Tea.

For those whod rather tour display coaches and shop till they dropped, there was live entertainment throughout the day where they could enjoy an ice cream social or buy a meal at their choice of food booths. Our rigs served as ‘relaxing’ retreats from the intense heat of the day or when we simply had to ‘be there’ for our pets or whatever RV service was expected. By 5 pm we were ready to enjoy cold drinks with friends under coach awnings or locating the rest of the Safari International folks (including S.I. Trekkers who also belonged to NW, SE & SW Trek Fun Clubs) for their tailgate parties!

Ed & Jeanette served as “Captains” for the FMCA Stores volunteers. With the good turnout of help from Keelers, Lindhorsts, Schindlers, Browns and Blocks besides five couples from the Oregon Trail Drivers, no team had to do more than one shift over the 3-days. Assisting interesting folks from near & far was fun  and products sold! All NW FMCA volunteers were treated to a fine catered dinner where teams were acknowledged and captains each received collectible convention items. Club officers from chapters coast-to-coast also enjoyed a get-together where newly elected FMCA National Officers were introduced: Connie Pool, Pres.; Nelson Stubbs, Sr. VP; Joanne Durbin, Secy. & Doug Key, Treasurer.

Tues.-Thurs. evenings concerts were a treat! . . . The Nelson Brothers: Ricky Nelson Legacy Tour, Debby Boone singing show tunes & soothing jazz in tribute to her mother-in-law, Rosemary Clooney  and the final night gave us Tony Orlando! He performed all his best and had a supporting band of long-time friends who were also highly accomplished musicians & notable songwriters. The combination of all that talent really had the audience hopping & eager to give standing ovations! His appreciation of the crowd and his personal stories were touching . . . especially his experiences with Gulf War soldiers & families who loved Tie a yellow ribbon round the old oak tree! The final musical tribute to all branches of the U.S. military acknowledged all present who had served their country . . . in war & peace. 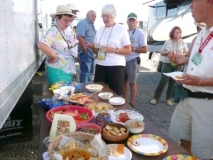 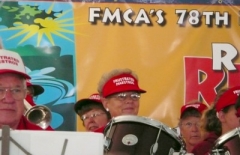 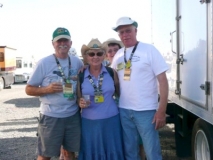 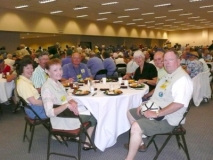 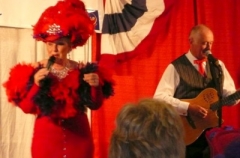 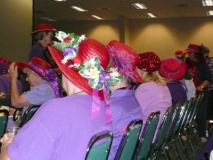 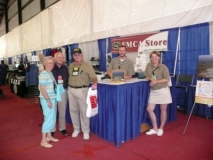 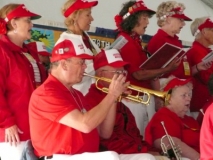 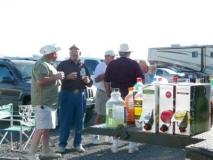 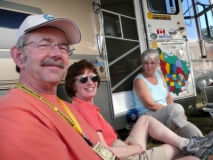 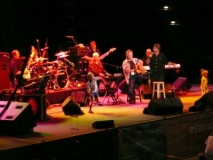 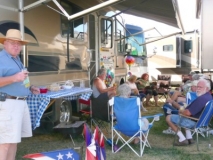 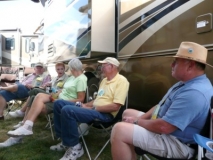